We breed full-sized Highland cattle including both larger beefier stock, and the smaller more traditional Scottish size. We do not offer “minis.”

Check out Magic taking a stroll around the farm and enjoying a few treats.

Please sign up for our newsletter to receive farm news, healthy living tips, and our latest educational articles. 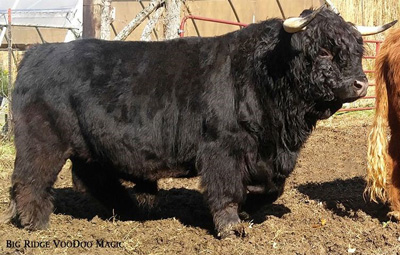 Check out the latest products we’ve added to our store! 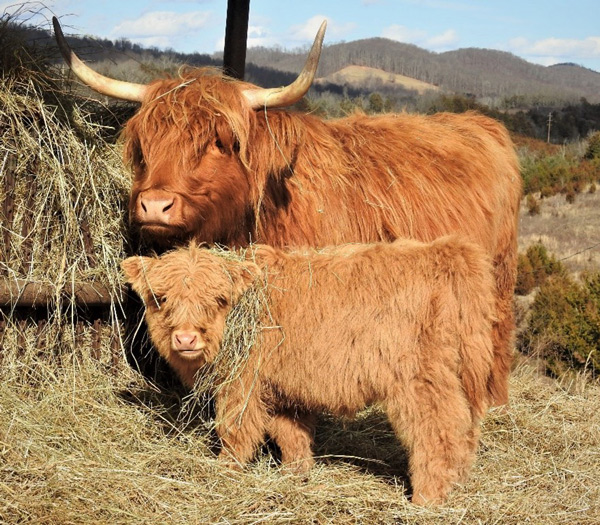 Highlands are a great working breed for homesteaders and hobby farmers because they are a dual-purpose breed producing low cholesterol, tender, lean meat and rich, creamy milk. They aren’t picky eaters and can clean up a low-quality pasture or clear a wooded area that can then be converted into a shaded pasture for summer. They also make fantastic pets!

We feel a deep connection with our animals — and not just the Highlands. In addition to the cattle, we foster and rescue a variety of other animals in need. We often work with our local humane society and rescue groups to foster and rehome needy, homeless animals. To date we have been blessed with the successful rehoming of 24 dogs, 22 cats, one cow, and most recently a pony!

Read More About Our Animal Sanctuary. 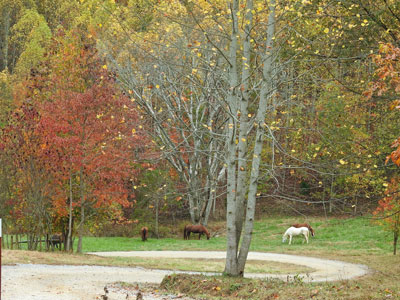 Elm Hollow Farm has invested heavily in solar power with panel installations totalling over 20kW. This allows us to completely offset our power consumption while selling green power back to the community and is our small contribution to saving the planet through fewer pollutants released in the production of electricity.

A guiding principle for Elm Hollow Farm is our commitment to healthy living through environmental health. Using products with no chlorine bleach, no ammonia, no phosphates, no abrasives, no formaldehyde, no parabens, no triclosan, and no phthalates in our home creates a safer environment for our pets and ourselves indoors. Embracing rotational grazing and the use of manure on our pastures creates an environment with fewer chemicals for our coos. Drop us an email or give us a call (423-272-6609) if you’d like to learn more about living healthier while saving money.

We stay busy with all the farm activity taking full advantage of our outdoor gym as we walk fence lines, move hay, groom cows and do other chores. We love eating healthy natural foods from local producers, and supplement our diet with high quality vitamins from the same company that produces our other chemical free products.

Read More About Our Eco-Friendly Approach.

How Did We Get Here?

First off… we are Nancy & Schuyler Geller. Nice to meet you!

The road to farming/ranching began for Schuyler as a four year-old who spent the fall of 1954 on a farm in Gibson County, Indiana while his dad was at Ft. Sam Houston for his initial U. S. Army medical officer training. Schuyler’s mom, older brother and younger sister stayed with Bob and Anna Epperson for several weeks, and it is ever remembered as joyful. Although he lived in a rural area as a youth, Schuyler was never on a working farm again; although he did have horses for a while.

Nancy had a similar childhood experience, spending a few weeks with her aunt and uncle on a working farm in Indiana one summer when her parents were out of the country for a while. It is remembered as the happiest summer of her childhood. The solitude of the country, and peaceful feeling of walking in the woods and beside the lake near her father’s little fishing/hunting cabin made her dream of a life in the country surrounded by animals.

Times were different in the 60’s. Children paid attention to advice given by parents and did their best to fulfill the dreams of the adults who’d raised them. So, Schuyler became a physician like his dad and did 10 years of private practice after residency training completed in 1981, then did a 21-year career in the US Air Force retiring in 2012. Nancy became a teacher and spent 30+ years in the classroom. It took us a while to figure it out, but we finally realized that we needed to get to work on our own dreams. . . . . We wanted to live in the country, have loads of animals, and help other people fulfill their dreams.

Nancy went to NE TN while Schuyler was finishing up his second year in Afghanistan. She rented a place in Elizabethton and looked at over 25 small farms…The plan of retiring to about 10-15 acres seemed to be about right, but that plan changed when Nancy sent Schuyler the pictures of the “perfect place” she had found on the north side of Clinch Mountain in Hawkins County. It was “just a bit shy of 90 acres” with a cottage, barn, pastures and woods, a swimming/fishing lake, a stock pond, and two spring-fed creeks. The perfect building site for our “dream home” was halfway up the mountain and opened onto a five acre pasture cut out of the mountainside woods likely 100-plus years ago.

She was already imagining what has today become Elm Hollow Farm.

Please sign up for our newsletter so we can stay in touch! 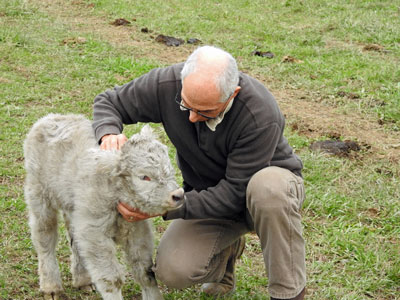 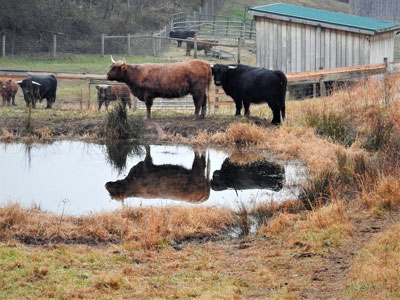